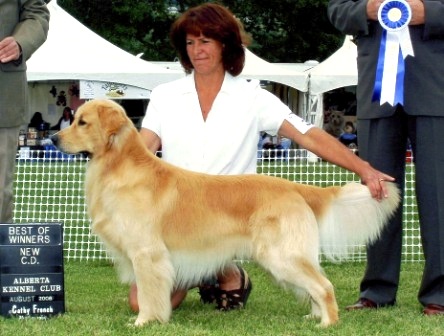 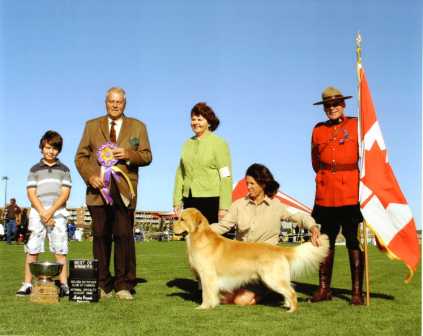 James is a lovely boy who is out of Bond and Fable. He now has 10 points toward his championship and needs one more win under a third judge. He lives with Simone and she has trained him in obedience and he has his Companion Dog title. James won Best of Winners at the 2008 National and he was expertly shown by Simone, who adores him. James to me looks like another Bond. He is a beautiful dog with great movement and he is nicely put together.